One thing I have learned is that good friends have other good friends. This is a series of stories about “friends of my friends”. The post below is the story for February 22, 2015.

My goal in 2015 is to learn or get re-acquainted with 365 people and doing a daily post on the “friend of a friend” is helping me get closer to my goal.

In 2004 a good friend of both my wife and I left UNC Pembroke to move back to her home state of Maine. All this winter weather in New England had me thinking about her so we caught up today. My friend’s name is Angela Pease Weston. Angela lives in Fairfield, ME with her two beautiful daughters Sierra and Savannah. My brother Thomas lives nearby in Belgrade, ME so I have been keeping up with the winter trials Maine has experienced in 2015.

Before joining the MSBA, Angela was special assistant to the chancellor at the University of North Carolina at Pembroke. Prior to that she served as a military intelligence officer in the U.S. Army. She has an M.B.A. and is a graduate of the United States Military Academy. While at UNC Pembroke she served to support Chancellor Allen Meadors and during her tenure I was the university’s director of athletics so we interacted quite often. That interaction led to her and my wife becoming friends and workout buddies.

As one might suspect Angela is an exceptionally disciplined professional with a passion for physical fitness. In fact she was one of the many influential people in my wife Mira’s quest to become fitter. Today my wife often works out twice a day and I often remark that the influence of Angela Weston is still at work even though she no longer lives in North Carolina.

Angela is quite an accomplished athlete having completed . She is currently training for a triathlon . He days normally begin with a grueling workout of cross fit

Angela work with MSBA which is a voluntary association works to serve as an advocate for lawyers, the courts, and the public. The organization boast 3,100 lawyers all licensed to practice in Maine. Angela and the Maine State Bar Association works to promote its members’ professionalism and advance their skills and knowledge, helping them meet the legal needs of all Maine people. Most Maine attorneys must complete 11 approved credit hours per calendar year. At least 5.5 hours must be live education credits. Angela staff is proud to provide the best continuing legal education available to her members. They employ a variety of media, including live seminars, symposium and institutes, live online webcasts, live telephone seminars, video replays, and webcast replays. She is involved with lots of planning and she is very well suited for that type of work.

I have to admit I have never met Angela’s brother Dan but it is on my bucket list to do. I want to meet him because of the business he is in. See Dan Pease is the owner of Rock Harbor Pub and Brewery and in 2014 when I successfully drank a different beer each day I fantasized about having one of his beers. If you want to see my 2014 “Beer of The Day” list a link is below. 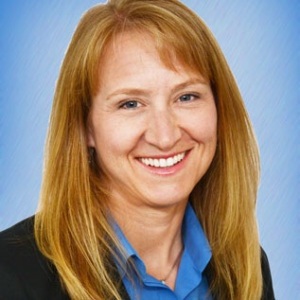 The Friend of the Friend-DAN PEASE 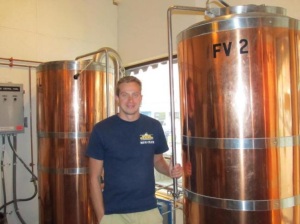 In 2012 my wife and I were invited to a wedding at Belgrade Lakes Country Club. The wedding was between my niece Patsy Kenney from Belgrade, Maine and Matt Culp one of the Athletic Trainers at Brown University in Providence RI. While we were in Maine we contacted our friend Angela Pease Weston and met her for lunch with her two daughters in Hallowell, Maine.

Pictures below of us outside restaurant in Hallowell, ME. 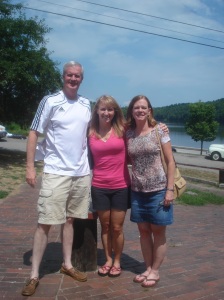 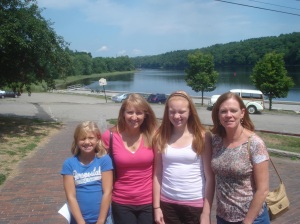 While we were at lunch I saw a beer named Piel’s that my dad used to drink up on one of the shelves. That triggered a conversation about Angela’s brother and his plans for the Rock Harbor Pub and Brewery. I immediately knew that it was a place I want to visit one day.

Here is a little about Rock Harbor if you get there before me drop me an email and recommend the best beer.

Rock Harbor opened June 17, 2011. Owner/Operator Dan Pease seized an opportunity to bring great pub fare and craft beer to this ever-growing food-centered city of Rockland, Maine. Two years later in 2013, Rock Harbor Brewing Company was born. With the brewery up and running for more than two years Rock Harbor has between 5 and 10 of their own beers on tap at all times. 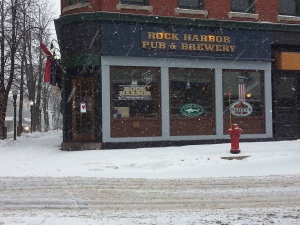 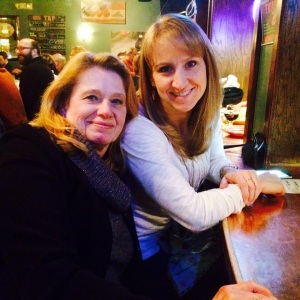 Rock Harbor has local music, promotional events and they keep it casual. They have 16 beers on tap. At any given time, 5-9 of them were brewed by Dan Pease and his staff. According to sister Angela a mean margarita can also be had along with a full menu.

Hoping that a trip Rock Harbor Pub and Brewery is sooner rather than later.