One thing I have learned is that good friends have other good friends. This is a series of stories about “friends of my friends”. The post below is the story for July 29, 2015.

I had the privilege to be a college basketball head coach for 13 years. Each of those 13 teams had interesting individuals and I am very proud of the players I got the opportunity to coach. From 1992 to 1995 I got to coach a young man who was extremely focused on his professional goals. His name was John Temple.

John was a sophomore when I arrived as head basketball coach at Winthrop in 1992. He had played high school basketball in Asheville, NC. John was an outstanding shooter and today he stills stands number #2 in Winthrop University school history for highest 3 point career field goal percentage of .415. John was not only was a good shooter but he did not take bad shots those two factors combined for him being a career leader.

What gives me great pride as his former college coach is not John’s shooting ability but how he has excelled professionally. John Temple today is Board Certified Orthopedic Surgeon and Chief of Orthopedics at Presbyterian Matthews Hospital just outside of Charlotte, NC.

Becoming a doctor is no easy path. John worked at it very hard while he was in school at Winthrop. He had to balance being a basketball player along with achieving his goal of being a top student.

After graduating from Winthrop he attended Medical School at UNC Chapel Hill.  After Medical School he went to Penn State Milton S. Hershey Medical Center where he completed his Internship for General Surgery and Orthopedic Surgery. After Penn State he earned a fellowship in sports medicine at the Kerlan-Jobe Sports Medicine Clinic in Los Angeles, CA.

In 1973, the Kerlan-Jobe established a sports medicine fellowship program that is now one of the country’s largest and most respected programs of its kind. Each year this program provides intensive training and research for a select group of the nation’s finest young doctors. I was proud that John was one of those young doctors.

Since 2005 John has been with Ortho Carolinas. In the time he has served as team physician for Independence High School, Winthrop University, and Wingate University. He assisted Wingate from 2005 thru 2011. I actually got to see him work the sidelines at a UNC Pembroke vs. Wingate Football Game in 2008 and 2010.

John got married in 1998 to Ana Marie Marinescu who is a Pediatrician for Carolinas Health Care in Charlotte. 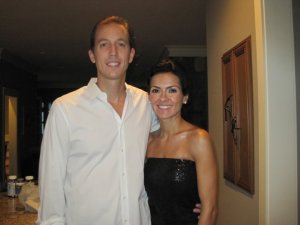 John and Ana Marie have three children two boys and a girl. John and his wife are still doing what they did in college multi-taking between various roles they have in their life. 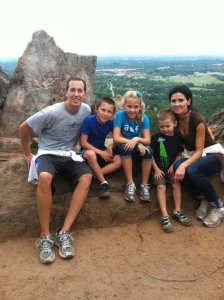 John is good friends with the Athletic Trainer at Winthrop University- Jeff Lahr. 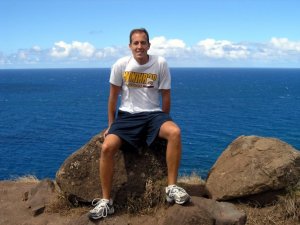 The Friend of the Friend-JEFF LAHR 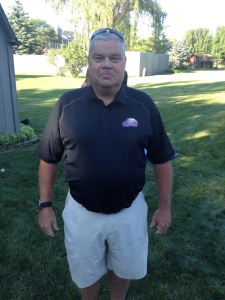 The Institution for Winthrop Basketball

Jeff Lahr has been at Winthrop for nearly twenty years. He earned his undergraduate degree from the University of Toledo in 1989 and received his master’s degree from Michigan State in 1993. After college he found himself at NC Central University. He was the Head Athletic Trainer at NCCU which is located in Durham, NC. He was the first certified athletic trainer in that school’s history.  During his stint at North Carolina Central, he served as one of the host athletic trainers at the 1994 NCAA Division II Track and Field Championships.

From NC Central Jeff came to Winthrop and immediately began a bond with players that was held together by passion, humor, and sarcasm. There is nothing sacred on a college basketball team especially if someone gets to become a little too big for their britches. Jeff was the perfect person to bring a player back to reality. He could bring the entire team to laughter with his commentary.

Jeff oversees all aspects of Winthrop Athletics but works directly with the basketball team. He has enough stories on Winthrop Basketball players and coaches to write a book. Some of those stories would involve John Temple’s former teammates.

Jeff and his wife Marta reside in Rock Hill. They are the parents of three children, A.J., Tyler, and Kendall.

Winthrop is lucky to have Jeff Lahr as their Head Athletic Trainer. Winthrop is blessed to have Dr. John Temple as an alumnus. I was lucky to get to be around both of them.