One thing I have learned is that good friends have other good friends. This is a series of stories about “friends of my friends”. The post below is the story for October 23, 2015.

At every university I have worked at I have encountered a husband and wife who both are employed there. At UNC Pembroke we have a number of married couples that work for us. I can list several off the top of my head. There is Willie and Bobbie Scott, Kristen and Ryan Anderson, Teresa and Travis Bryant, John and Margie Labadie, Mark and Elaine Vesely, John and Tonya Locklear, and Robert and Monica Brown just to mention the ones that come to mind quickly.

North Carolina nepotism laws do not permit direct supervision of a blood relative or spouse so at UNC Pembroke these married couples often work in different divisions and departments across campus. Two other employees that are married that play a significant role at UNC Pembroke are Karen Swiney and her husband Preston.

Karen has been employed at UNC Pembroke for 15 plus years serving as Bookstore Manager and currently Interim Assistant Vice Chancellor for Administration.

If you speak with anyone at UNC Pembroke about Karen you are likely to hear the theme that she is supportive, involved, creative, and hard working. She is also someone that is very interested in supporting students. She has made it a practice at the UNC Pembroke Bookstore to employ students. She very quietly and discreetly helps UNCP students that really need a job to attend school. I personally know of several students who probably would not have graduated if Karen had not given them an opportunity to work.

Karen is also one that will show up at UNC Pembroke events after normally work hours. She has been a regular fixture at Athletic events especially basketball and football games. She hasn’t limited her attendance to just home games she also has been spotted at away game especially UNCP NCAA Tournament games.

In addition to supporting athletics Karen and her entire bookstore staff have been big supporters of efforts on the UNC Pembroke campus to partner with the American Cancer Society. Our university each spring has a gigantic “Relay for Life” event and Karen’s support has been much appreciated with that important event.

Karen grew up in Virginia and attended college at Emory and Henry. Emory and Henry is also the alma mater of a college basketball coach I know named Mike Young. Mike and Karen are friends also. 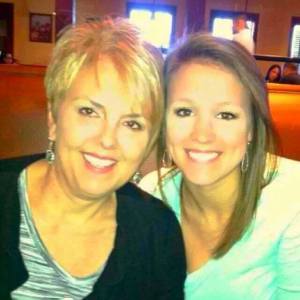 The Friend of the Friend-MIKE YOUNG

Today Richard Johnson is the Athletic Director at Wofford and in 2002 he turned over the head coaching duties to Mike Young.

With Southern Conference Tournament Championships in 2010, 2011, 2014 and 2015, Wofford is one of 43 programs nationally to reach the NCAA Tournament at least four times in the last six seasons. The Terriers are also one of just four programs to win their conference tournament four of the last six years. Young’s teams have totaled five postseason appearances and four 20-win campaigns in that span.

About a year ago I ran into Mike Young as his team was eating breakfast in Asheville, NC on their way to scrimmage Belmont University in Maryville, TN. Belmont is coached by Rick Byrd and is someone I profiled back in March on this blog. Rick and Mike are good friends and have been doing preseason scrimmages for a long time. My hunch is they will be doing it again this weekend or next.

At that breakfast encounter in Asheville Mike and I got a chance to reminisce and talk about his good friends Karen and Preston Swiney.

(l-r) Karen Swiney and Mike Young after Wofford at VMI basketball game in 2015.

Mike Young is proud of Karen Swiney and so is UNC Pembroke.