One thing I have learned is that good friends have other good friends. This is a series of stories about “friends of my friends”. The post below is the story for December 9, 2015.

I have a friend in Lumberton, NC that is a successful businessman, a lover of all things USC Gamecocks, knowledgeable about beer, supporter of local businesses, and a world traveler. His name is Pramit Patel.

I got to know Pramit thru his association with the Kiwanis Club of Robeson/Lumberton. During the time I got to know him he served as the club treasurer. That relationship led me to know who he was back when a restaurant in downtown Lumberton operated under the name Black Water Grille and conducted Texas Hold’em Tournaments about 6-7 years ago.

Pramit and I along with many others would go play cards on Tuesday nights in downtown Lumberton. The restaurant had two events each evening one that started at 6:30 p.m. and one that began at 9:00 p.m. Pramit more often than not stayed for both I was a participant in the early event only. He is and was a very good poker player.

That affinity for poker led me and some others in town to start a semi-regular game at different people’s homes. When I had the game at my house Pramit would often attend. It is amazing what you learn about people playing cards. I mean that in an informative and positive light.

What I learned about Pramit was he was a good businessman. I learned that he loved the USC Gamecocks and attended Socastee High School just outside of Myrtle Beach, SC. He also has strong family ties to the country of India. I loved when he would talk about his family and their culture.

Pramit has worked for Exxon and Newell Rubbermaid in his past life in Coral Gables Florida, Cleveland, and Akron Ohio. Today he is the owner president of the Best Western Hotel in Lumberton, NC. His hotel property sits right off of I-95 at Exit 22.

He has made lots of good decisions at the poker table and in business. My humble opinion is his best decision was marrying his wife Paru. 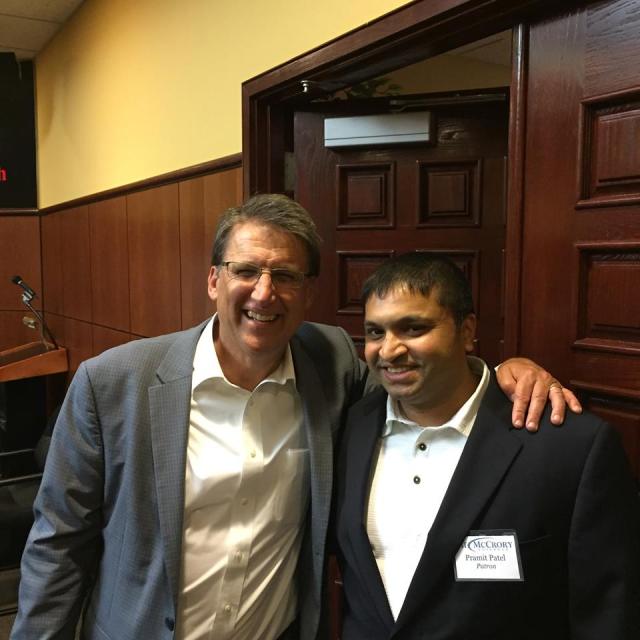 There are not many people living in Robeson County, NC that can say they attended the University of Winchester in London, England. Paru Patel did. That explains as a native of England her distinctive accent.

Main Building at University of Winchester in London

Paru Patel has a lot of different roles in her life. She is a mom to two beautiful children who are very active. Paru and Pramit have exposed their children to a lot cultural neat things. According to some of Paru’s husband they have been exposed to way too much University of South Carolina fanaticism.

Photo below show her son and daughter getting an autograph from former USC Football Coach Steve Spurrier. 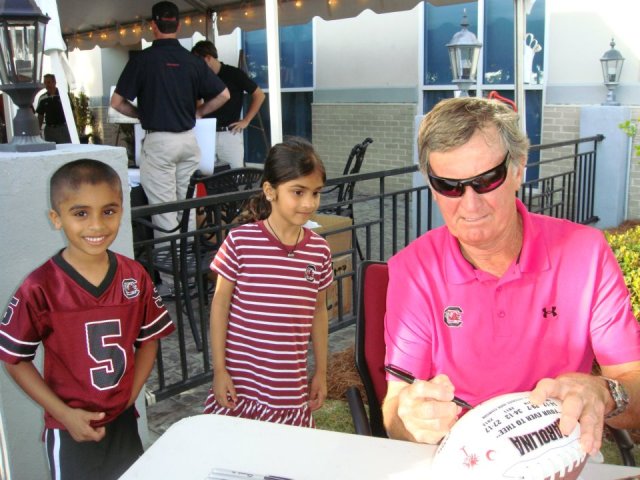 Paru is also very involved in the community and last February her and Pramit chaired the Southeastern Health Gala committee and along with SeHealth President/CEO Joann Anderson and her husband, Terry, were on hand to greet guests as they arrived for an evening of dancing.

The event raised over $120,000 for our community and featured a Shades of India theme. Most of the guests really go into wearing formal dinner clothing that you would find in India.

Glad we have leaders like Pramit and Paru in our community even though they do spend a good bit of time traveling especially Pramit.