I have run a few road races in my life at varying distances from 1 mile to a marathon. I have a few races on my bucket list and a few that piqué my curiosity. Not all that I am curious about do I want to participate in including the Raleigh Krispy Kreme Challenge.

What is the Krispy Kreme Challenge?

Well it is 2400 calories, 12 doughnuts, 5 miles, 1 hour.  The mantra of the Krispy Kreme Challenge epitomizes the test of physical fitness and gastrointestinal fortitude.  What started as a challenge among ten friends has transformed into a nationally publicized charity race, and the number one tradition to complete before graduating from North Carolina State University in Raleigh.

Photo collage below is from a recent race 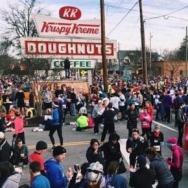 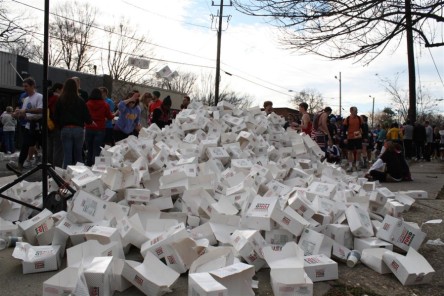 I am not sure that in 1933, a man named Vernon Rudolph while purchasing a secret recipe for yeast-raised doughnuts from a New Orleans-French chef envisioned a road race where people would run 2.5 miles, eat a dozen donuts, and run 2.5 miles back to the finish line.

Rudolph opened a doughnut shop in Paducah, Kentucky after purchasing the recipe. He soon moved to Winston-Salem, NC, (some say Camel cigarettes attracted him to the city) where he opened the first Krispy Kreme on July 13, 1937.

From a rented building in what is now Historic Old Salem, Rudolph baked his Krispy Kreme doughnuts and sold them to local grocery stores. 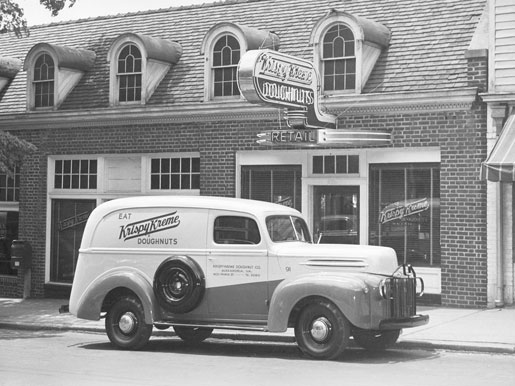 It was not long before the sweet smell of baking doughnuts attracted customers directly to Rudolph’s store. Envisioning a potential business opportunity, Rudolph cut a hole in the wall of his bakery and began to sell the hot doughnuts directly to customers. 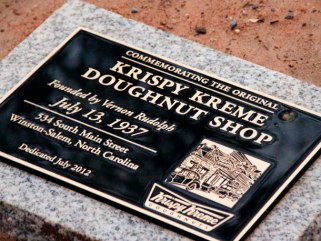