I went surfing on wordpress.com looking for a story on North Carolina. I came across a post on Pilot Mountain.

The post written by a woman who loves spending time on a bike shared some great points about this Tarheel landmark. I did not know anything about Saura Indians, the earliest known inhabitants of the region, Pilot Mountain was known as Jomeokee, the “Great Guide” or “Pilot.”

Hernando de Soto made the first mention of the Saura Indians in journals dating from his exploration in 1540 of what would become North Carolina. Saura Indians were often referred to as Cheraw which I have heard of. 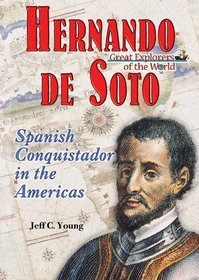 At the time he encountered the Saura (also known as the Cheraw), they were living southeast of present-day Asheville in the village of Xuala.

Hernando de Soto was a Spanish explorer and conquistador who participated in the conquests of Central America and Peru and discovered the Mississippi River.

After crossing the Mississippi de Soto was struck with fever. He died on May 21, 1542, in Ferriday, Louisiana. Members of his crew sank his body in the river that he had discovered.

Pilot Mountain guided both Native Americans and early European hunters along a north-south path through the area.

Want to read the blog post go to link below