North Carolina along with other southern states has experienced some gas shortage due to a massive leak on the Colonial Pipeline in Alabama that was discovered on Thursday September 15. Colonial announced Saturday the company will construct a temporary pipeline to bypass the spill site in hopes of restoring gasoline flows more quickly. 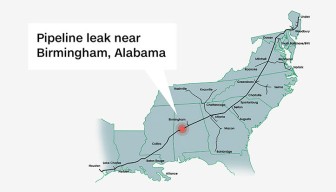 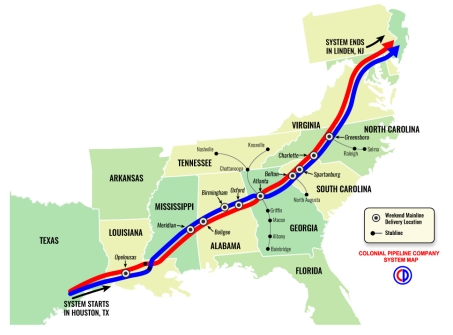 The northern terminus of the Colonial pipeline that ruptured in Alabama is at a massive tank farm along I-40 in Greensboro, where gasoline is sent from refineries in Houston. That tank farm can be seen from I-40 very close to the junction with I-73.

The tank farm located in Greensboro is one of the largest in the world for storage of refined petroleum products.  Available storage capacity in Greensboro is estimated to be approximately one billion gallons. The largest of these terminals is owned by Colonial Pipeline, complete with a battery of 76 storage tanks. 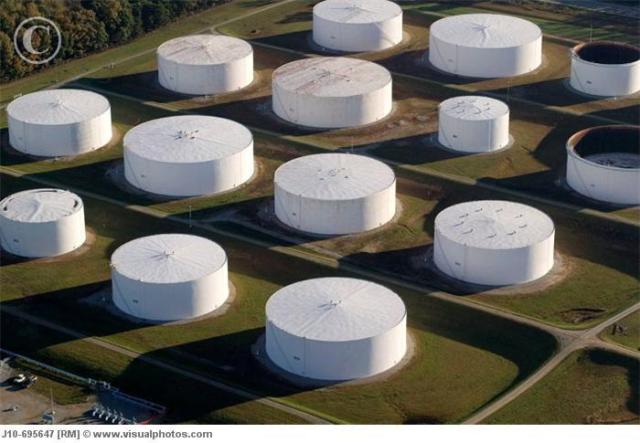 Gas that arrives in Greensboro flows along branch pipelines to other points along the East Coast and as far north as New Jersey.

Gasoline is delivered to central North Carolina mostly from distribution stations adjacent to Colonial’s facility in Greensboro. Branch points in Raleigh and Selma handle much of the eastern third of the state.

Nearly all stations in northeastern North Carolina and on the Outer Banks get their gas from distributors based in the Hampton Roads area that are supplied at points in Chesapeake.

Gasoline in the western part of the state gets supplied from Knoxville, TN or Charlotte, NC

Diagram below shows the flow of gas to our neighborhood gas stations. The choke point right now is the pipeline to the bulk terminal storage facilities. 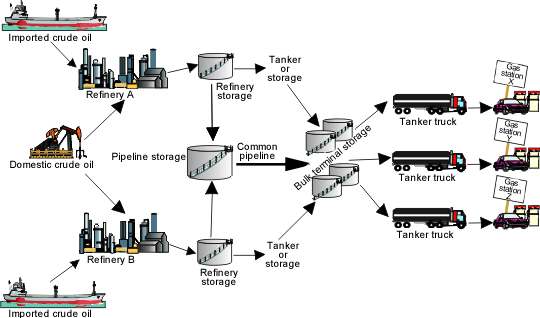