I am not a fan of guns but North Carolina has some history with advances in the manufacturing of guns specifically the machine gun. The first successful machine gun, known as the Gatling gun was invented by North Carolina native Richard J. Gatling in 1862. 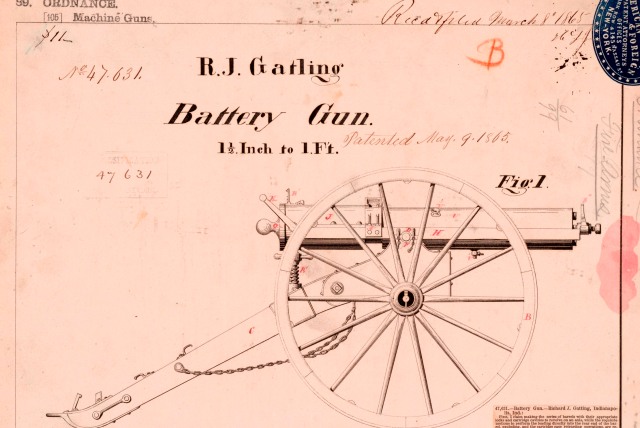 Gatling was born in Hertford County in 1818 to a farming family. At twenty years of age, Richard started his career as an inventor when he built a screw propelling wheel in 1838. However, the wheel had already been patented, yet this did not stop the young inventor from tinkering with other ideas. Gatling soon moved to St. Louis, Missouri and continued producing agricultural instruments.

Once Gatling moved to Missouri, he worked on rice-seed planter that he eventually fashioned as a wheat-drill. He created several other inventions at this time including a hemp brake, a steam plow, and a cotton cultivator. Even though Gatling had success with these agriculture related inventions, his best invention would be the world’s first rapid fire gun.

A hand-driven machine gun, the Gatling gun was the first firearm to solve the problems of loading, reliability, and the firing of sustained bursts. Gen. Benjamin F. Butler of the Union army first used the gun at the siege of Petersburg, Va. 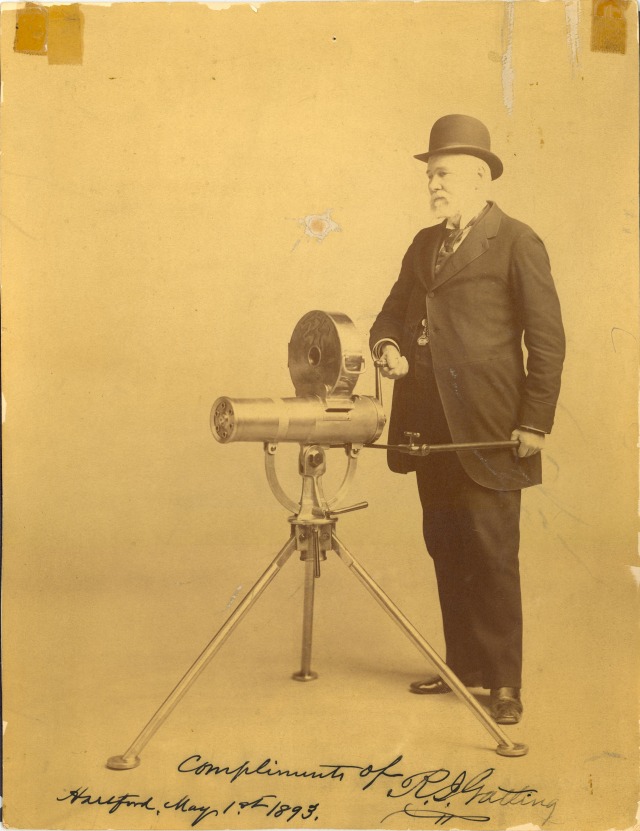 Gatling died when he was 85 years of age in 1903 but not before he invented one last invention, the motor-driven plow, in 1900. 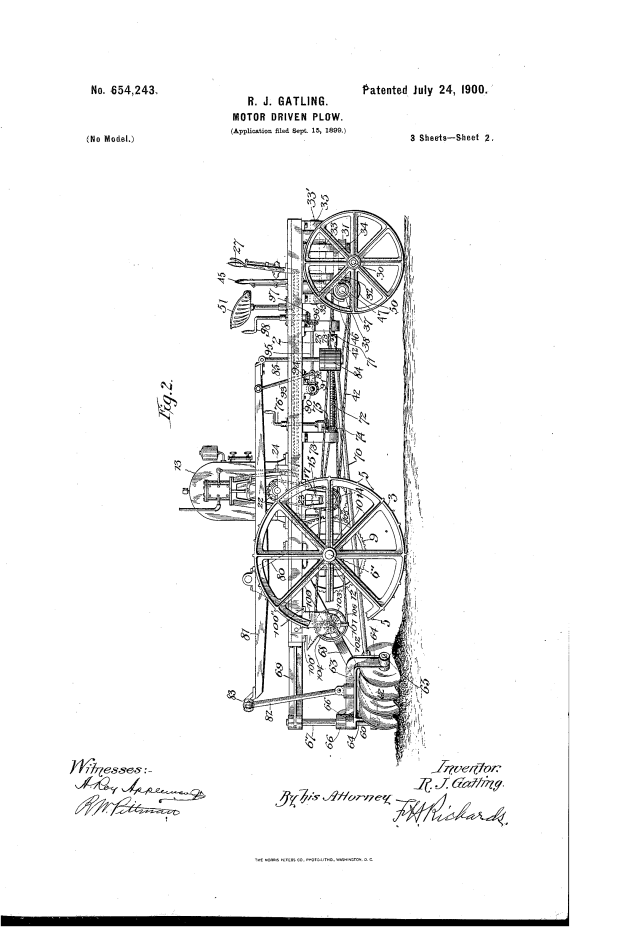