It is not unusual for colleges and towns to share a name. That is the case with Ava Maria University located in Ava Maria FL. What is unusual is that this town was built to be a college town.

The university and town of Ave Maria are a result of the combined vision of Catholic Philanthropist Tom Monaghan and the Barron Collier Company.

Ave Maria is located in beautiful southwest Florida, just thirty minutes east of Naples, and an hour and a half from Miami. Located in the center of town is the Ave Maria Oratory, an architectural feat. Surrounding the Oratory is the Piazza Town Center. 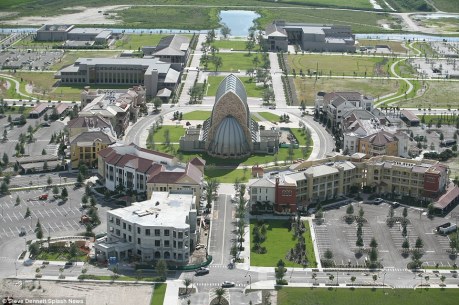 Tom Monaghan made his fortune building and eventually selling the Domino’s Pizza chain. He also had the dream of founding a new Catholic university. 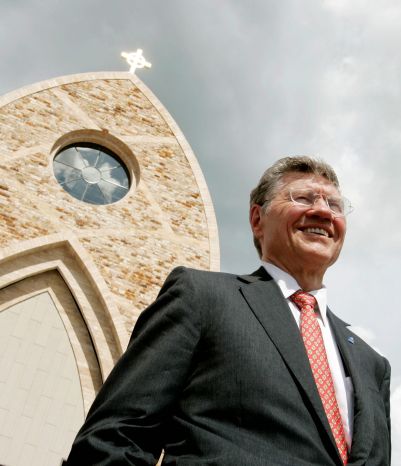 He initially founded Ave Maria College near his home in Ypsilanti, Michigan. The first campus could not accommodate future growth so Mr. Monaghan sought to move it to a parcel of land he owned in Ann Arbor, MI. When the town government turned down the necessary zoning variances, he looked for another site for the university in the United States and settled on the Naples, FL area.

The university arranged for temporary facilities in Naples and Mr. Monaghan sought enough land for a permanent home.

His search came to the attention of the Barron Collier Company (BCC), a diversified corporation controlled by the founding family of Collier County. The company had large tracts east of Naples that they wanted to develop. The company approached Tom with an offer: If Ave Maria University would locate to land BCC wished to develop outside Naples, the company would give the university 1,000 acres and build a town around the university. 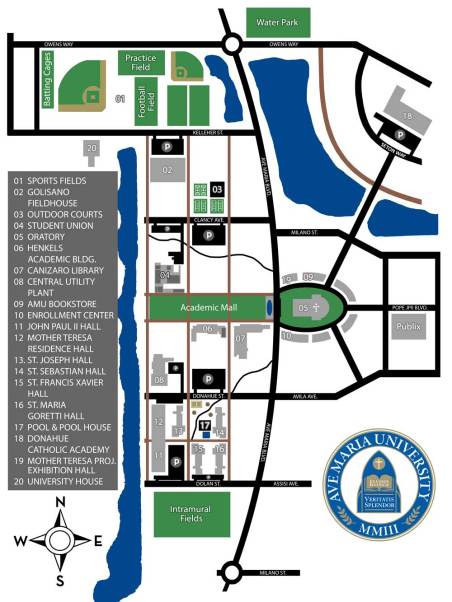