Sometimes a University PR office or even the local Chamber of Commerce goes a little over board in hyping its product. Recently the magazine Southern Living did a story on best small college towns to live in.

The magazine defined a “small town” as a city of 350,000 people or less: a place in which the college is a driving force in the character of the town. One of those towns and colleges was Florence AL and University of North Alabama. In fact they rated it one of the best small college towns around.

The University of North Alabama (UNA) has a couple of personal connections for me. My wife was a student there and one of my good friends Dr. Ken Kitts is the President. UNA and UNC Pembroke (where I work) played each other in the 2016 NCAA Division II Football playoffs. 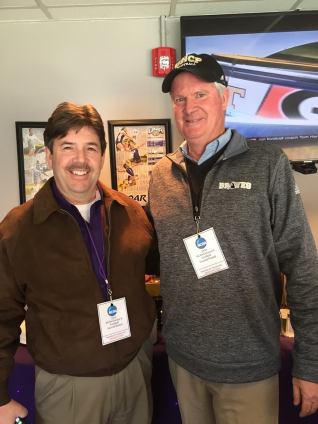 UNA is the oldest public college in Alabama and was founded in 1830.  The campus is beautiful and just steps from downtown Florence AL. Florence is one of those towns where you can tell right away that creativity is prized and the community loves music and art.

The music of the nearby Shoals flows into Florence, and you’ll find live music nearly every weekend, especially at First Fridays, when the town shuts down Main Street for a monthly street fair featuring musicians and artists. Music festivals like the W.C. Handy Music Festival bring hundreds of artists to the streets, and Shoals Theater showcases incredible work.

To really understand the connection that Florence and Muscle Shoals AL have with music you need to watch the documentary Muscle Shoals. A preview is below.

When it comes to UNA and Florence AL it is not hype. Really a great university and great place to live.