Like a lot of the colleges I have profiled this year I really do not know much about Dickinson State University which is located in Dickinson ND. I do know now it’s nickname is the “College on the Hill”.

Dickinson State Normal School was established in 1916 by a constitutional amendment approved by North Dakotan voters. Classes began in 1918 with a two-year program designed to train elementary and secondary school teachers. Over 100 students attended those first classes, which were held at Dickinson High School—the newly established university had not yet begun construction. May Hall, the first building on campus, was completed in 1924.

The historic DSU campus is situated on a hilltop in the city of Dickinson, North Dakota, giving it the nickname “College on the Hill.”

Dickinson ND is located on the western edge of the state. 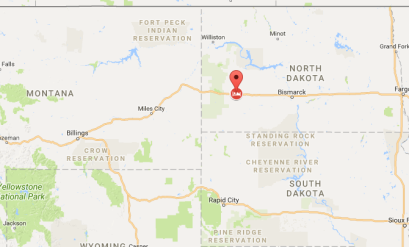