So in 2018 two things will happen with the Coach4aday blog; One I plan to collaborate with a friend named John Rancke and revisit some of those 2015 “A Friend of a Friend” posts and do some new ones with a slightly different twist.

A Friend of a Friend Jack Fertig & Rick Miller-originally published on January 3, 2015

Rick Miller has been a friend of mine since 1980. He and I were Assistant Basketball Coaches together at Western Carolina University in Cullowhee, NC.

Rick and his wife Sherry. 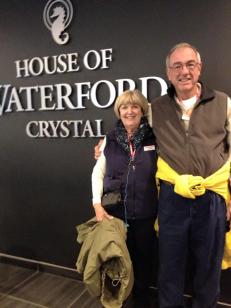 His wife Sherry and my wife also were pregnant at the same time in 1981 and both had sons born 10 days apart in August 1981. In fact that son James Miller just finished up his first season as a Head College Football Coach at Reinhardt University and finished 2nd in 2017 N.A.I.A Championships held in Daytona Beach, FL. James Miller has a bright future in front of him.

Today Rick and Sherry live in Maggie Valley, NC most of the year. In addition to James they have two beautiful daughters Laura and Amy who both have children of their own.

Prior to me arriving at Western Carolina Rick had another good friend who was also an Assistant Basketball Coach at WCU named Jack Fertig. In 1980 Jack left Western Carolina to take a coaching position at the University of Tennessee. Jack later coached at Toledo, Southern Cal, and Frenso State. Jack is a fabulous speaker and author of two books. If you want to learn more about him go to the link below:

Jack came to Western Carolina to be a an Assistant Basketball Coach from Robert Morris University and everyone was impressed with his personality and quick wit. He was a single guy and Cullowhee, NC basically being a village did not offer many housing options. Thankfully WCU had faculty/staff housing. 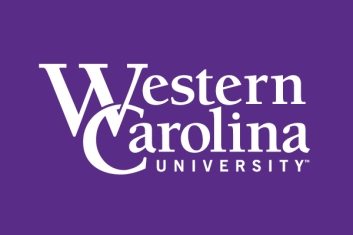 Jack applied at WCU Housing Office and got a small older apartment. He was giving a copy of the rental agreement by a female staffer including all the policies and procedures of living in WCU housing. Jack was also asked if he would have a pet in the apartment and he replied no. The staffer told him emphatically that if he acquired a pet it required a $25.00 pet deposit. The individual told Jack we are a trusting campus and we expect our tenants to be truthful if they have pets.

About a week elapsed after Jack moved in and he noticed he had an ant infestation in his kitchen. He read his rental agreement and it stated he needed to report it immediately. He went by the office and told the staffer about the ants. Three days went by and no one came to treat the problem. Jack went back to the office and reminded them of his problem just a little bit exasperated.

Another three days went past and Jack still had ants. He grabbed his rental policy and procedure manual along with his checkbook. He marched into the WCU Housing Office and insisted to see the female staffer that he dealt with previously. She came to the counter and Jack handed her a check payable to WCU Housing Office for $1,000,000. In the memo section of the check on the bottom left was written “Pet Deposit Ants”.

Within the hour the ants were gone and Jack’s check was returned.