I started the Coach4aday blog in 2014 and have done daily posts on one topic for each year. In 2014 my daily posts were on the “Beer of the Day”, 2015 it was “A Friend of a Friend”, 2016 I wrote about “North Carolina”, and in 2017 it was “Colleges and Universities”.
The one consistent piece of feedback I have received with this blog is the 2015 series on “A Friend of a Friend”. Readers and blog followers said please bring it back. The stats also back that up with the number of views each of those posts received.
So in 2018 two things will happen with the Coach4aday blog; One I plan to collaborate with a friend named John Rancke and revisit some of those 2015 “A Friend of a Friend” posts and do some new ones with a slightly different twist. I write the posts on odd-numbered days each month and John handles the even-numbered days.
In addition John and I will write about things we both are interested which will include basketball, food, people, music, our granddaughters, and great stories.
If you want to follow the blog via email go to the bottom right of the post and click the follow button.
My twitter handle is @coach4aday2 if you want to follow the blog that way.
John’s twitter handle is @johnrancke if you want to reach out to him.

When am I going to get a real coach?

Often times people tell me that they are just not on a team at work, at church, or in an organization with the right leader or coach. That person leading them style is very basic or fundamental in nature. I want to share a story about a leader that experienced the same thing early in life.

I wrote a blog post back in 2015 about a retired college basketball coach named Mel Gibson. Mel last coaching stop before he retired was at UNC Wilmington. 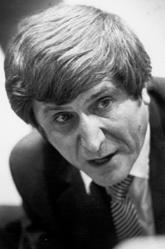 Mel was a standout basketball player at Western Carolina University and grew up in Richmond County NC. He led Western Carolina to the NAIA national championship game in 1963. He was named an NAIA All-American and later helped Team USA win the gold medal at the 1963 Pan American Games in Sao Paulo, Brazil.

At WCU Mel ended his career with 2,021 points, second only to the legendary Henry Logan. The Los Angeles Lakers selected Mel Gibson in the second round of the 1963 NBA Draft. He negotiated a no-cut contract which was rare at the time.

I want to share a story Mel told at a Coaching Clinic many years ago that always stuck with me.

Coach Gibson said when he was in Junior High School he dreamed of playing for a special coach who would do the latest and greatest techniques. After junior high school he had four coaches they are listed below:
i. Rockingham HS (NC)-Bill Eustler-NCHSAA Hall of Fame
ii. Western Carolina University-Jim Gudger-WCU Hall of Fame
iii. 1963 Pan Am Games-Garland Pinholster-Georgia Hall of Fame-Inventor of the Wheel Offense
iv. 1963 LA Lakers-Fred Schaus-WVU Hall of Fame

With each of these four coaches he kept hoping for the same thing he wanted in junior high school he was waiting to play for the coach who practiced the latest and greatest. Beginning in Junior High School and all the way to the N.B.A he kept encountering coaches that just emphasized fundamentals. No flash – no gimmicks – no shortcuts just fundamentals.

After the N.B.A he realized that the secret to winning was not flash-not gimmicks-not shortcuts but fundamentals. He said the whole time he was wishing for a special coach he was under the influence of many special coaches because they understood and taught the fundamentals.

I recently spoke to a group of university student athletes about leadership at the request of their Director of Athletics and I told them about Seven Leadership Fundamentals.

Fundamental #1 – You are responsible for you-Your life DOES NOT just happen to you. It is the result of choices you make every day.

Fundamental #2– Begin with the End in Mind-results are created twice-the first in mentally.

Fundamental #3– “First Things First”-Take the most important mental creations you have and make them become your top physical reality.

Fundamental #4-Win-Win find a way to help others get what they want.

Fundamental #6-Be a team player.

Fundamental #7-Invest in yourself -Renewal-Sharpen the Saw

Create a list of your ideas-when you get an idea write it down. MY OPINION is the greatest gift God gives us is ideas. Ideas are the blessings that most of us never utilize. Results have to begin mentally. Make a list of every idea you have. Review it and determine if that idea can become a goal.

Don’t discount the leader that only stresses fundamentals especially early in your career. Love to hear from you on leaders that you had that you didn’t at first appreciate until later on. Share that story with us on Coach4aday.