Just about each morning this summer around 6:30 a.m. I am walking 18 holes of golf with different individuals. The conversation on the course is light and for the most part humorous.  Occasionally we will pose a question to those walking and someone often has the answer. On Monday July 16th which was the week of The Open a question came up about Links Golf or Link Courses. 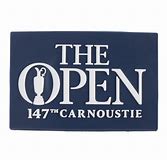 I told my playing partners that I only could speculate that it was a course where each hole was connected and could be seen throughout the course. I was not quite accurate.

“Links” and “links course” are terms that refer to a specific style of golf course whose hallmarks include being built on sandy soil on coastline; being buffeted by strong winds that require deep bunkers to prevent the sand from blowing away; and being completely or largely treeless.

The Open at Carnoustie fits the bill.

The British Golf Museum says that “links” are coastal strips of land between the beaches and the inland agricultural areas. This term, in its purest sense, applies specifically to seaside areas in Scotland.

So “links land” is land where seaside transitions into farmland. Links land has sandy soil, making it unsuited for crops. Such land was often, in times past, thought to be worthless because it was not arable for crops.

But back in the mists of Scotland, someone had the bright idea to start knocking a ball around that land, hitting it from point to point. And from those humble beginnings, links golf courses emerged.

Links golf is, it’s often said, “played on the ground” as opposed to being “played in the air”.

Since the term links has a specific geographic meaning. The reality is, unless you’ve played golf in the UK or Ireland, there’s a very good chance you’ve never seen a true links course in person.

That doesn’t stop golf courses in the US from calling themselves “Links”.

Found an article from The Golf Travel Guru who list 10 courses that are Link Style here in the US with one of them being in North Carolina (Nags Head) and Kiawah Ocean Course in South Carolina.