From Lumberton NC to Mayor of New Bern NC

On Friday September 14 I like many in Eastern NC was glued to Weather Channel as we watched Hurricane Florence make landfall and start her destructive path. One of the first communities that became reported on the news as impacted was New Bern NC. I was in New Bern in August of 2015 for a wedding and was so impressed with the revitalization that had taken place. It looked nothing like the town my friend Billy Lee was coaching in back in 1975 when he was at New Bern High School.

Photos from my wife and I visiting New Bern in August 2015. Photo of us together is on banks of Trent River. 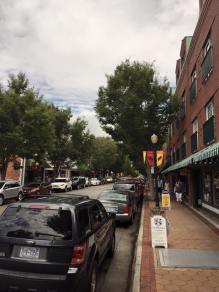 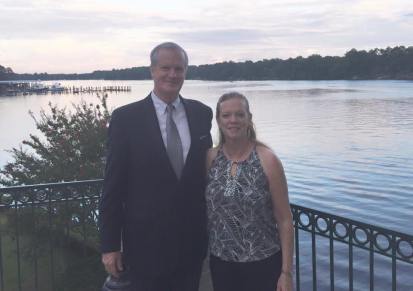 I watched as the storm surge driven by the winds in advance of Florence’s landfall drove water up the Trent and Neuse Rivers into New Bern NC.

One of the first places I saw water begin to creep into the City of New Bern was Union Point Park around 12 Noon.. This six acre site is surrounded by water, and is located at the point where the Neuse and Trent Rivers meet, during normal times an incredible, waterfront backdrop. The storm surge swamped it in a matter of hours and that storm surge made it way to much of downtown New Bern by afternoon. To date there is estimated to be 100 million dollars in damages to New Bern, 400 homes damaged, and 300 commercial properties impacted. 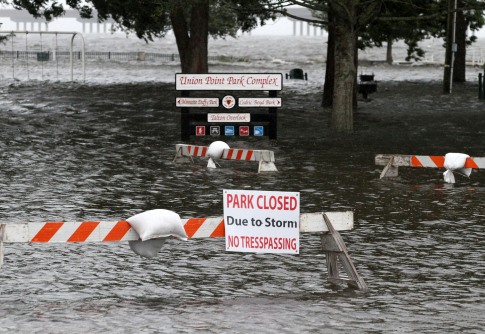 Like in all storms eventually the news outlet including NBC News and many others  interviewed the Mayor of New Bern-Dana Outlaw. 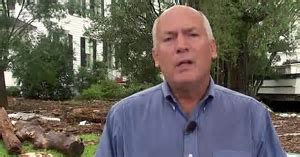 I was struck by how composed and compassionate Mayor Outlaw was. In the days that Florence made her slow trek across the Carolinas Dana Outlaw remained consistent asking people to promise to come visit New Bern in the future after they recovered. He also requested that they pray for New Bern that it would survive and recover.

After the storm passed New Bern was visited by President Donald Trump on Wednesday September 19th . Dana Outlaw was there with the President and FEMA Director Brock Long. 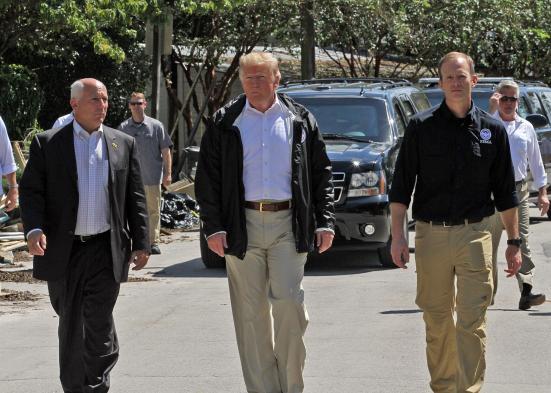 The Monday after President Trump’s visit to New Bern I got an email from Coach4aday Co-Writer John Rancke. He said “I think Dana Outlaw-Mayor of New Bern used to live in Lumberton NC and he had an older brother named Jennings- I went to school with his brother-his dad was Lumberton’s City manager”.

I mentioned to John that Dana Outlaw was personally called by Carolina Panther Head Coach Ron Riveria last week. That call resulted in Dana being invited to be the #KeepPounding Drummer at the Bengals versus Panthers NFL game on Sunday September 23rd. 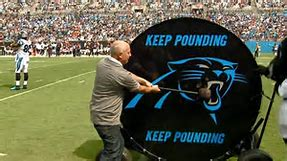 So On Monday September 24th I fired off and email to Dana Outlaw asking about his ties to Lumberton NC. He immediately responded and we arranged to talk by phone on Thursday September 27th. We had a great 40 minute phone call. He kept saying over and over again “I have been locked in time when it comes to Lumberton”. Here is what I else learned about a great leader who once called Lumberton home.

Dana’s dad was in fact the City Manager for Lumberton, NC along with serving as Utility Manager from 1959-1966. He served as city manager during R.A Hedgepeth’s  tenure as Mayor. 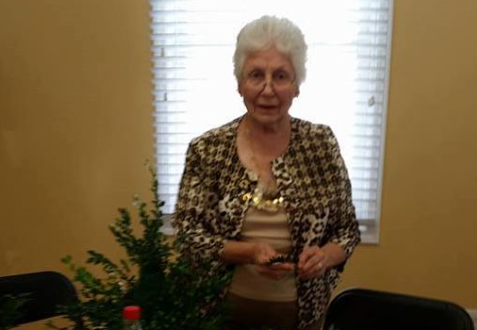 Dana talked about his family and how Lumberton’s Chestnut Street United Methodist Church was an important part of their lives. He was involved in Cub Scouts thru the church. He reminisced about his Tanglewood and neighborhood friends which included Kenny Biggs, Bo Biggs, Jeff Kinlaw, Cliff Bullard, Martha Chloe, Price Ellen, and Brian Wester.

He had memoires of Buddy Livingston serving as a runner at Hedgepeth’s Tobacco Warehouse. He reminisced about spending the night at Bo Biggs house. He also had fond memories of playing at the home of Kenny Biggs on Roberts Ave.

He spoke about influential people in his life which included Jenny Clark teacher/principal at Tanglewood School. He also held Dr. Thad Wester M.D. as great role model, dad, and leader for influencing him. He was great friends with Dr. Wester children especially Brian.

Dr. Thad Wester died in February 2017-if you love NC History read the Our State Magazine story about the Wester family and the beginning of Bald Head Island with 19 families including the Wester’s

After he left Lumberton the family spent time in Fayetteville before eventually moving to New Bern. Dana graduated from New Bern HS in 1972 and his brother Jennings in 1971. After high school he attended East Carolina and talked about the life altering significance that meant to him.

He and I both graduated from East Carolina University-Dana in 1976 with a degree in Marketing Research/Business Administration. He talked fondly of all the classes he took in Rawl Hall and what he learned. He was proud to call himself a Pirate.

I graduated from East Carolina University in 1975 and we compared ECU notes. We both knew Chuck Mohn. Picture below is of Chuck and his wife Heidi. Chuck is retired and lives in Fayetteville NC 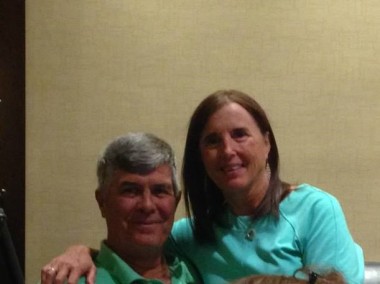 Chuck was from New Bern and played basketball at ECU after transferring from Duke University. After graduation he later went on to coach basketball and teach at Pine Forest High School in Fayetteville NC. Some of his former players Damon Green, Joe Robisch, and David May all made me a good college basketball coach.

Dana was elected to serve as Mayor beginning in December 2013, after previously serving two consecutive terms as Alderman of the 6th Ward since December of 2005. He was re-elected mayor in 2017. Dana was married to the former Susan Diane Statham, a New Bern native who died in 2000 at the age of 43. Susan and Dana have four children: Janet, Katie, Jenna, and Adam ranging in ages from 36-28. Dana is the proud grandfather of three grandchildren: Taylor, Hunter and Carly.

In his spare time Dana has enjoyed riding his Harley Davidson Road King, spending time with his grandchildren, and playing bass guitar in the band he was a co-founder of called Cold Biscuit. 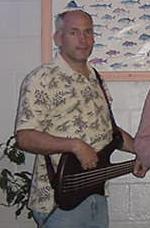 I am hoping we can get Dana and his brother Jennings back to Lumberton NC to get reunited with friends and for him to escape that “locked in time place”. He already has an invite for our 4th Annual Beer Snob Pig Picking in April and I hope they both will take us up on it. 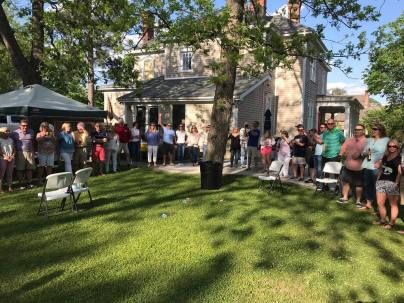 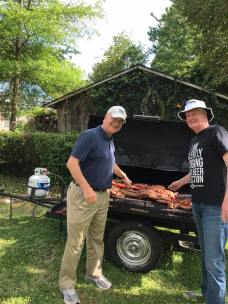 Praying for New Bern and promise to visit soon.