Coach4aday blog posts are ideas that are shared to help people grow and learn. Would love for you to consider following the blog with one of the like buttons. You can follow by email at bottom right of post.

I like trying new beers. I also like to keep track of each new beer I sample. Back in 2014 I loaded an app on my IPhone called UNTAPPED that helps me track beer choices.

The reason for downloading the app was in 2014 I made a crazy New Year’s Resolution to drink one beer a day. The catch was each beer had to be unique. In essence I drank 365 different and distinct beers in 2014. For the record not all of them were good. I categorized those as “One and Done”.  A vow never to drink again. I won’t mention any brands.

I did a post on my list back at the end of December 2014. You can view that list called 2014 Beer of the Day at the following Completed Beer of The Day

The unfortunate thing is not ever beer I sampled in 2014 got captured on my UNTAPPED app. I didn’t download the app until October.

I have a new goal to drink 1000 unique beers and post them to UNTAPPED before I turn 70. I am currently at 855. If I can sample about 40 new beers each year I have a shot.

Currently I live in a “Craft Beer Desert”. Robeson County NC along with adjacent neighboring Columbus, Bladen, Scotland, and Hoke do not have a craft beer brewery.

I am excited that a friend Pramit Patel will be opening a new business this year that will help me try some new beers. It won’t be a brewery but hopefully will feature some high end beers.

Pramit and his wife Paru 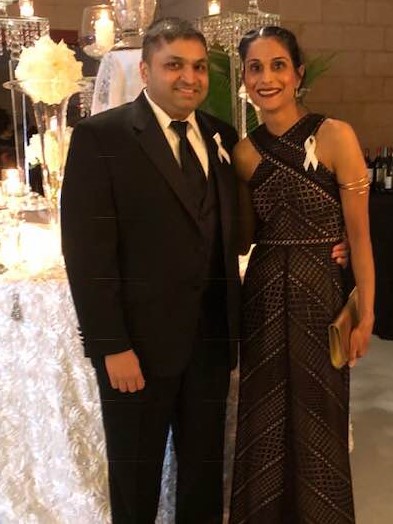 Pramit is going to be the managing partner and open a Your Pie franchise in Lumberton NC this year.

Each Your Pie location hand selects the brews offered, making the beer list at all 50 existing locations, unique! After all, pizza and craft beer are the perfect pairings!

I am optimistic that I will be entering some new beers on my UNTAPPED app from Pramit’s Your Pie location.