One thing I have learned is that good friends have other good friends. This is a series of stories about “friends of my friends”. The post below is the story for May 30, 2015.

Today is my 150th post of the year on “A friend of a friend”. I have really have had fun taking time to reflect on my friends and what makes them special. I also enjoy doing the same with their friends. Today I want to focus on a dynamic and vibrant leader that I hired in 2001 by the name of Pamela Mason.

In 2001 I was serving as the Director of Athletics at UNC Pembroke and we needed to hire a Sports Information Director and Compliance Officer. I got a resume from Pamela who was a recent graduate from William & Mary with a law degree and a MBA. She wanted to pursue a career in athletic administration and she did not have much experience. She was about to get married and she was willing to live away from her husband who was living in Charlotte to get her career launched.

What she had was a great degree of intelligence and a “can do” attitude. I got some resistance from some on campus that felt she wasn’t a good fit because of lack of experience and the perception she probably would not be at UNC Pembroke long. I disagreed on a good fit assessment but knew her tenure would be short

The length of tenure in an entry level job has never bothered me with a hire. If someone comes into a position that we had at Pembroke and got results I knew it would improve our team. She got offered a chance to go to James Madison after 18 months on the job at UNC Pembroke and she has continued to have a great career. Today she serves as Deputy Compliance Officer at William and Mary. I have never regretted hiring Pamela because she began a process at Pembroke of us hiring what I liked to call “A’s”. She did more than was expected.

Pamela took over full time duties of the W&M compliance office on April 1, 2006, and she was promoted to Assistant AD for Compliance and Educational Services in July 2008. In September of 2013 she got elevated to her current position as deputy compliance director.

Previously, she served as the Associate Director of Development for two years at William and Mary.  Under Pamela, the compliance office works with the NCAA Eligibility Center to determine initial eligibility of all incoming freshmen and continues to monitor student-athlete eligibility throughout their college careers. She is also responsible for educating all student-athletes, coaches, staff and boosters on the NCAA rules.  Pamela graduated from Southern Methodist University in 1994 as a marketing major, with a minor in psychology. She continued her education at the William and Mary and earned a JD and an MBA in four years (1996-2000). She is a member of the Bar in both Virginia and North Carolina.  A native of Marion, Ohio, Pamela has developed a diverse range of athletic administrative experience over her career which I am proud to say started at UNC Pembroke. When she left UNCP in 2002 she worked as the Assistant Director of Compliance at James Madison University, where she assisted in many facets of the department’s day-to-day operations.

Her first position out of college came with the NFL’s Dallas Cowboys, as she served as the Marketing and Media Relations Assistant with the team’s nationally acclaimed cheerleading squad from 1993-96. A varsity cheerleader at SMU, Mason also served a three-year stint as William and Mary’s cheerleading coach while she was pursuing her graduate degrees.  Pamela husband, Monty Mason is also her best friend. Together they have two daughters Taylor Anne and Hawley. 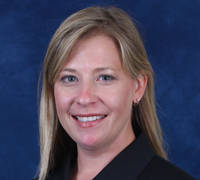 The Friend of a Friend-MONTY MASON

The State Representative from Virginia

Monty Mason is a 1989 graduate of the College of William and Mary and past chairman of the Tribe Club which is the booster club for that college. He is a very unique leader in his own right and has been very supportive of his wife’s career. That is not easy to do.

In 2013 Democratic challenger Monty Mason ousted Republican incumbent Mike Watson from the 93rd District of the Virginia House of Delegates. That district represents City of Newport News, Williamsburg, York County, and James City County in Virginia. It was his first foray into state politics.

Monty and Pamela live in the Walnut Hills neighborhood of Williamsburg, VA.   Monty is the oldest son of Robert and Daphne Mason of Farmville. Born on September 8, 1967 he received his degree in Government in 1989 from William and Mary.

Monty currently serves as a Senior Director at Visa, Inc., where he focuses on fraud prevention and helping reduce risk for banks and their consumers. Monty enjoys balancing work responsibilities and taking care of his daughters.

Monty has a long history of civic and business involvement in the Historic Triangle community. He brings nearly twenty-five years of experience in business, including working on real estate transactions, title insurance industry and the financial sector.

Prior to being elected in 2013, Monty served as Chairman of the Williamsburg Economic Development Authority. He currently serves on the Greater Williamsburg Chamber and Tourism Alliance Board, the Historic Triangle Collaborative Economic Diversity Task Force, and the development committee of Child Development Resources.

Monty is an active alumnus at William and Mary, where he currently serves on the Challenge 1 Strategic Planning Committee, and served three years as Chairman of the Athletic Educational Foundation. In 2002, William and Mary awarded him the Young Alumni Service Award.

Monty and Pamela Mason make for a pretty awesome team